I took my Unreal Engine version of Rome: Fantasy Pack I and run it through my Oculus Rift CV1 with Touch. The idea was to see just how far I can go with the graphical fidelity before my GPU just gives up. For reference, I’m running a Geforce 780ti, so it’s just about min-spec for the Rift. My cpu is an I5 so I always get the warning message in Oculus Home.

To my great surprise, the demo ran flawlessly as long as, of course, the lighting was baked. That wasn’t at all discouraging due to the fact that UE4’s Lightmass is wonderful. There was one problematic area, which I expected, where there was an abundance of props with a long sight line. Those situations are always a yellow to red flag for performance profiling, so I focused the area and reconstructed it. I like the result as it gives a bit more drama, but also fixes the sluggish framerate.

The demo was running at 90 fps on my Rift, but I wondered how much further I can push the fidelity. Enabling parallax occlusion on floors and walls was the obvious next step. Once again, Unreal Engine surprises me in that there was no noticeable dent in performance. Presumably the parallax samples diminish with distance from the camera.

While you’re running through the demo, grab the props. See them close up. Look closely at walls and floors for the awesome parallax depth effects. These materials were authored in Substance Designer and Substance Painter so they just feel right.

If you want to see some nice, next-gen graphical capability in VR, you have to try this out. HTC Vive users can play it too! 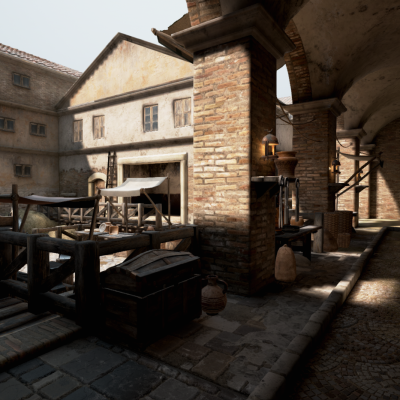 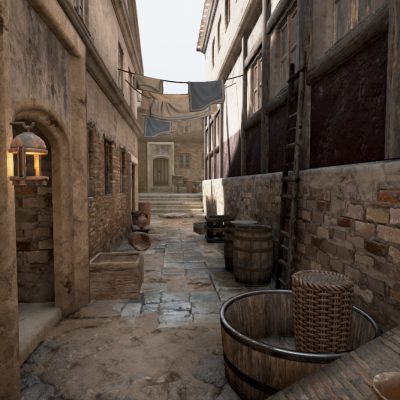 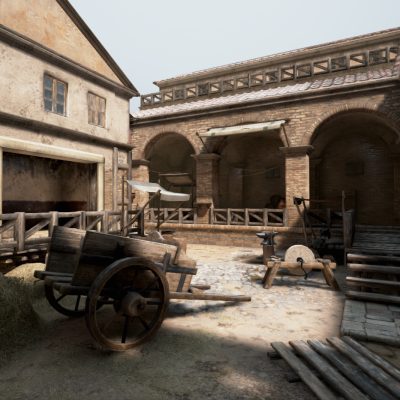 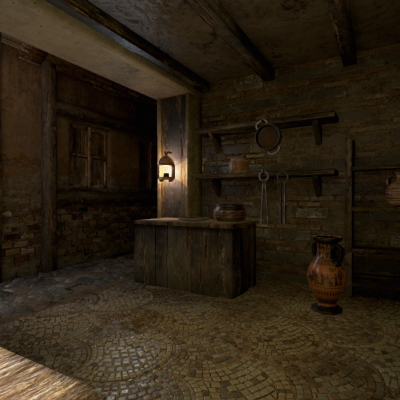 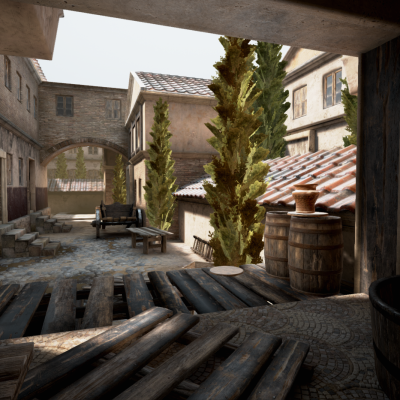 As this was only meant to be a test, there are some things that I know about that I still need to fix: 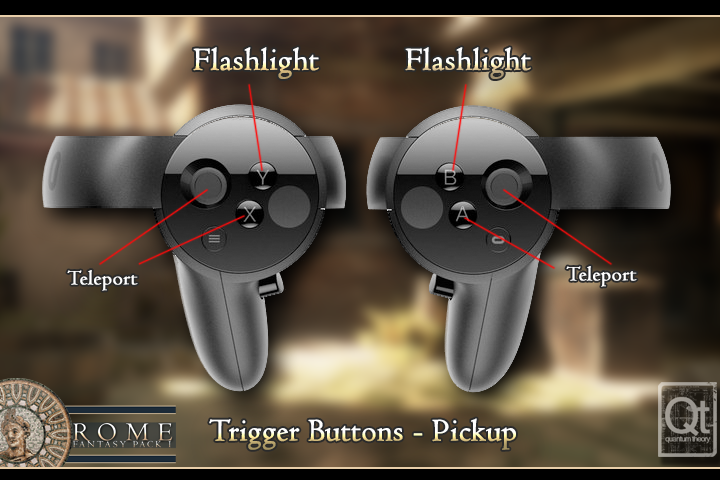